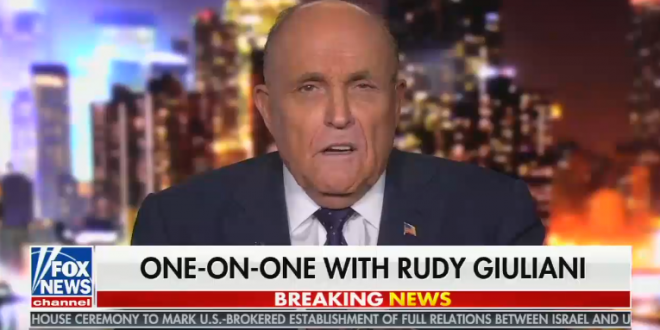 Giuliani: Like Trump, I Didn’t Panic People With Facts

“I never told people everything about September 11th. I didn’t tell them how many people — that night I was asked how many people died — and I said it’s too much for you to bear right now.

“I never told them what was really going on at Ground Zero, how terrible it was, what we’re really recovering.

“I didn’t tell them that New York City was in danger of being flooded for three weeks because the slurry wall had been breached. And if we didn’t get that fixed and if we had a hurricane — we had an evacuation plan ready, but I wasn’t going to frighten them with that.

“If you’re a leader, you take things on you. You don’t just spit everything out to people. And the President did a terrific job.” – Rudy “Noun, Verb, 9/11” Giuliani, boasting to Hannity that like Trump, he also withheld facts from the public.