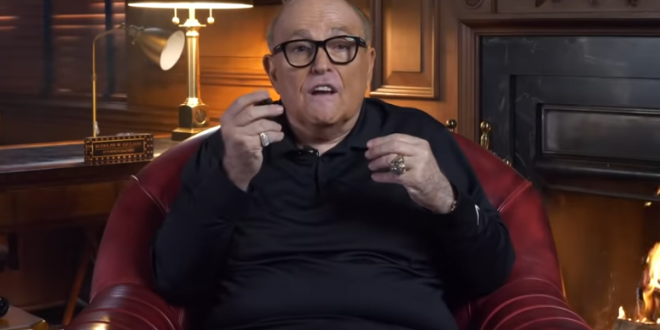 The president’s personal attorney Rudy Giuliani claimed that St. Louis attorneys Mark and Patricia McCloskey came “very very close” to being “murdered, having their house burned down, and being raped” on that day that they rushed out of their home and pointed guns at protesters.

Giuliani interviewed the McCloskeys for an episode of his YouTube series that aired Thursday to discuss the circumstances leading up to the event that resulted in the couple being indicted on felony gun charges.

The attorneys, now a cause célèbre on the right, spoke at last month’s Republican National Convention. The former New York City mayor spoke to the couple from inside their St. Louis mansion.

Previous New Biden Ad Hits Trump On His COVID Lies [VIDEO]
Next Court: Undocumented Must Be Counted In Census