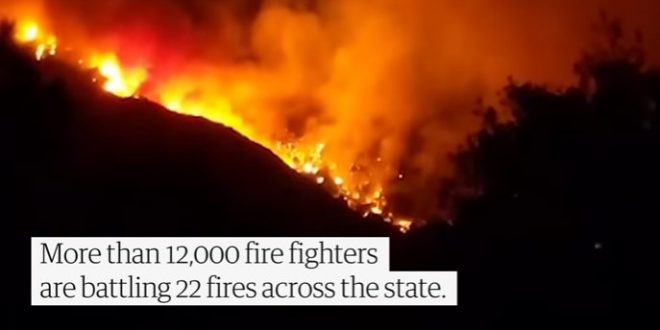 Officials have blamed a gender reveal party for one of several wildfires raging in the US state of California. A “smoke-generating pyrotechnic device” at the event sparked the El Dorado fire, which has now spread over 7,000 acres. It is one of more than two dozen blazes across the state.

California is currently experiencing a record heatwave, with Los Angeles reporting its highest ever temperature of 49.4C (121F). This is not the first time such an event has started a wildfire. In April 2017, a gender reveal party in Arizona sparked a week-long wildfire which burned through 45,000 acres.

California’s atrocious year for wildfires just became the worst in state history as far as the amount of land scorched. And it’s only September.

More than 2,094,955 acres have burned across the state this year, CAL FIRE Capt. Richard Cordova said Sunday. That’s the size of more than 10 New York Cities.

“This is crazy. We haven’t even got into the October and November fire season, and we’ve broken the all-time record,” Cordova said.