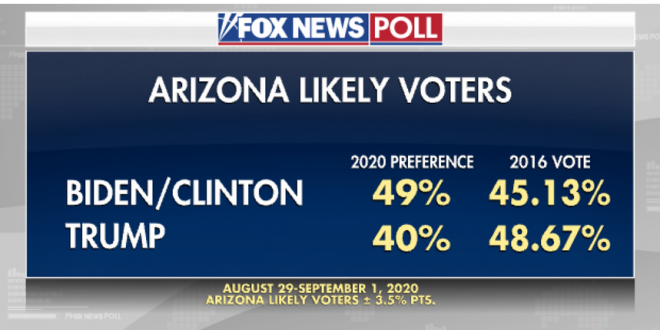 Democrat Joe Biden is ahead in three key states that President Donald Trump won in 2016, according to new Fox News statewide surveys of Arizona, North Carolina, and Wisconsin.

Biden is preferred over Trump by 49-40 percent among likely voters in Arizona. That 9-point lead is outside the margin of error. The Libertarian ticket headed by Jo Jorgensen receives 3 percent and 6 percent are undecided.

In North Carolina, Biden holds a narrow 4-point margin among likely voters (within error margin). He receives 50 percent to Trump’s 46 percent, while 1 percent go for Jorgensen and 2 percent are undecided. 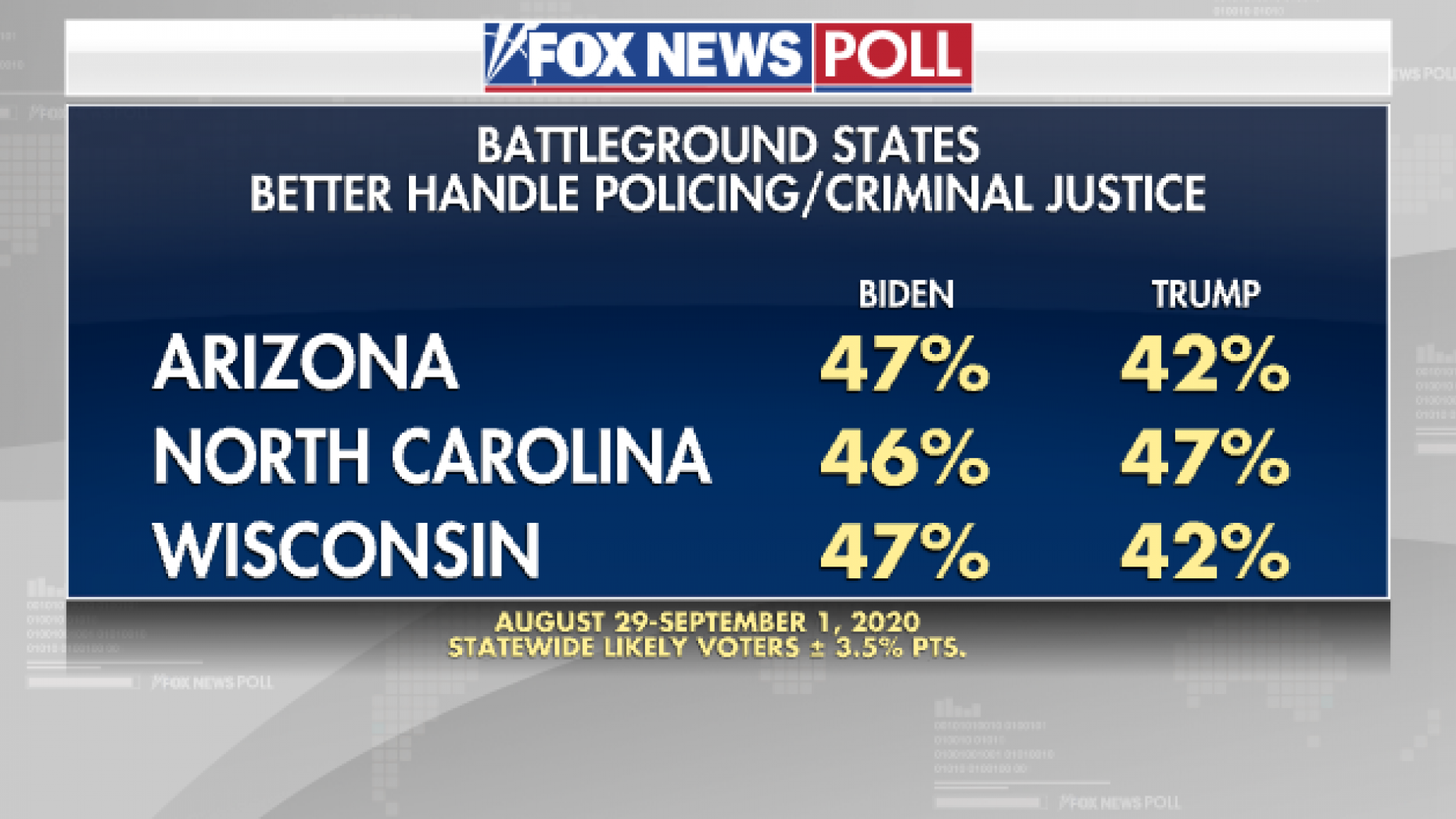