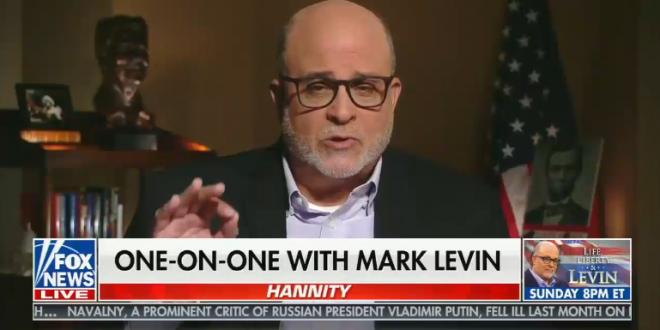 “People are trying to overthrow the government. It’s an amazing thing, as I keep saying. Early on during this you might recall the — the mostly peaceful protesters who were pulling down statues.

“Indiscriminately. It didn’t matter they were abolitionists, Abraham Lincoln, Ulysses S. Grant — as well as Confederate generals, as well as Catholic icons.

“It’s — amazing thing. And Nancy Pelosi got out and — Eva Pelosi — and she said ‘These Confederate generals, they should be removed.’

“Why? Why should they be removed? ‘Because they were trying to overthrow the government.’ That’s what she said.

“And that’s exactly what Antifa and Black Lives Matter is doing and they don’t talk about that. And that’s real– you know, they’re not statues. Those are real people with real Molotov cocktails.” – Fox News host Mark Levin.