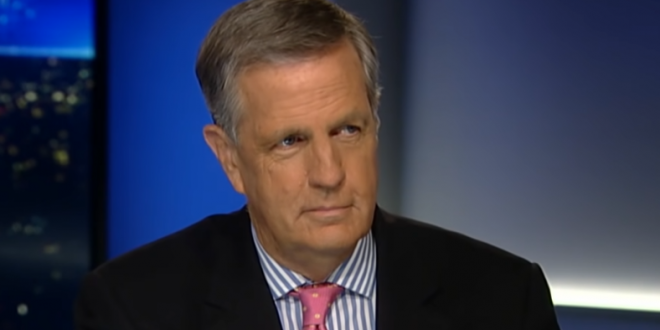 “I suspect that the president will do his best to try to get Biden off his game and rattle him, and hope that the confusion that senile people often experience will come into play.

“But I don’t think that can be counted on, and I’m not sure it was at all wise for the president to talk, as he did for weeks on end, about how out of it Joe Biden is, because remember the last debate?

“It was just the two of them, Biden and Bernie, a televised debate very much like what we’re going to have tonight, and Biden did just fine.

“Elderly people experiencing memory loss and the other problems associated with age can go for periods of hours at a time and be just fine.

This is the same Brit Hume that filled in this past weekend as host on “Fox News Sunday,” one of Fox’s flagship so-called “straight news” shows.

Previous Trump Bullies And Lies In Chaotic Debate, Moderator Chris Wallace Unable To Stop His Endless Interruptions
Next Trump Refuses To Condemn White Supremacists, Proud Boys Celebrate After He Says They Should “Stand By”