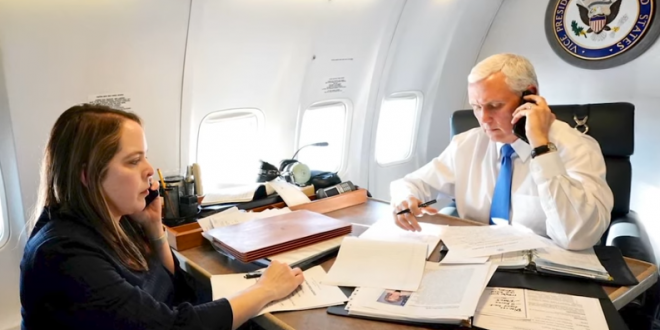 She also noted “several times” when President Trump would enter the room of a coronavirus task force meeting, and participants “would try to get him to focus on the business at hand,” but that Trump would instead “be ranting and raving about Fox News and how they weren’t being nice enough to him.”

Olivia Troye is a profile in courage. Listen to her.https://t.co/dvwhIzE8C0

Wow. @OliviaTroye was Pence’s lead staffer on COVID. “When we were in a task force meeting, the president said, ‘maybe this COVID thing is a good thing… I don’t have to shake hands with these disgusting people.'”

He was talking about his own supporters.pic.twitter.com/BA11Eoh3GK