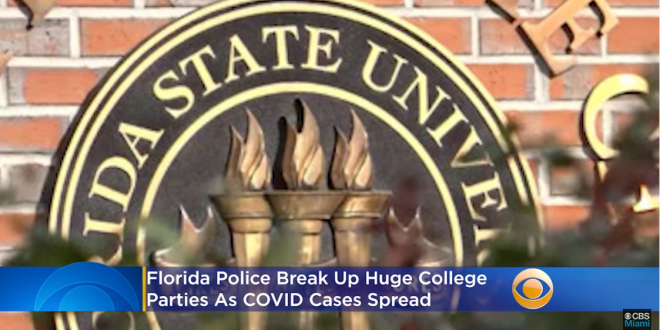 A party near Florida State University’s campus drew more than 1,000 people before it was broken up by police, authorities said Monday. The party was one of several large gatherings that prompted calls to the Tallahassee Police Department over the weekend, the department said in a statement. About 700 cars were reportedly surrounding an off-campus apartment complex around midnight, many of them blocking the road. Officers ultimately had to bring in a helicopter to get the crowds to clear out.

Since classes resumed in early August, at least 1,448 FSU students have tested positive for the coronavirus, and university officials have repeatedly begged undergraduates to stop throwing parties and start wearing masks. Meanwhile, Gov. Ron DeSantis (R) on Friday lifted all restrictions for bars and restaurants, clearing the way for them to reopen at full capacity. DeSantis also suggested last week that Florida should create a “bill of rights” that would protect college students who attend large parties from being expelled.