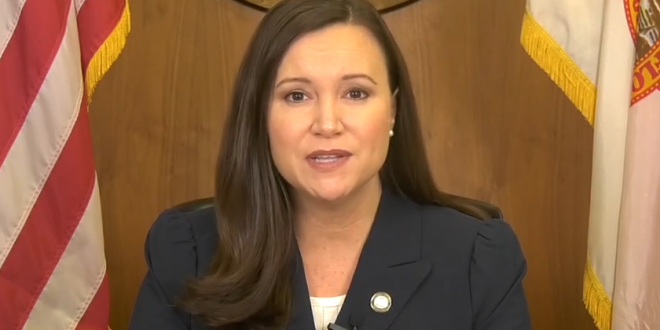 Florida Attorney General Ashley Moody on Wednesday called for an investigation into an effort backed by Mike Bloomberg to help restore the voting rights of thousands of felons ahead of the November election. “Today, I sent a letter to the Florida Department of Law Enforcement and the Federal Bureau of Investigation into potential violations of election laws,” Moody said in a statement on Wednesday. “And I have instructed the Statewide Prosecutor to work with law enforcement and any Statewide Grand Jury that the Governor may call.”

Rep. Matt Gaetz, R-Fla., first raised the possibility of an investigation into the effort in an interview with Fox News’ Sean Hannity on Tuesday night, saying he believed the attorney general may have been looking into it already. “It is a felony [under Florida statute] for someone to either directly or indirectly offer something of value to impact whether or not someone votes,” Gaetz told Fox News. “You have the question of whether or not paying someone restitution and court costs constitutes something of value.”

JUST IN: Rep. Matt Gaetz calls for investigation into Mike Bloomberg for “potentially engaging in bribery and vote buying in the state of Florida.”

Gaetz says Blooomberg is paying the “debts of felons in exchange for their votes. Not every felon,” just Biden voters. pic.twitter.com/hHSsn3PzEj

Bloomberg’s billions will not buy Florida.