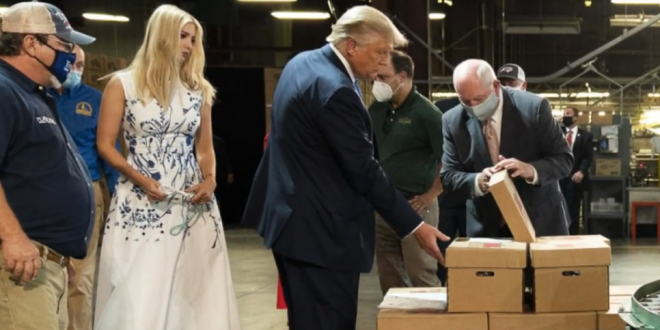 Millions of Americans who are struggling to put food on the table may discover a new item in government-funded relief packages of fresh fruits and vegetables, dairy and meat: a letter signed by President Donald Trump.

The message, printed on White House letterhead in both English and Spanish, touts the administration’s response to the coronavirus, including aid provided through the Farmers to Families Food Box Program, a U.S. Department of Agriculture initiative to buy fresh food and ship it to needy families.

The letter is reminiscent of Trump’s effort to put his signature on stimulus checks and send a signed letter to millions of recipients. It’s the latest example of the president blurring his official duties with his reelection campaign, most prominently by hosting Trump’s acceptance speech for the Republican nomination last week on the White House lawn.