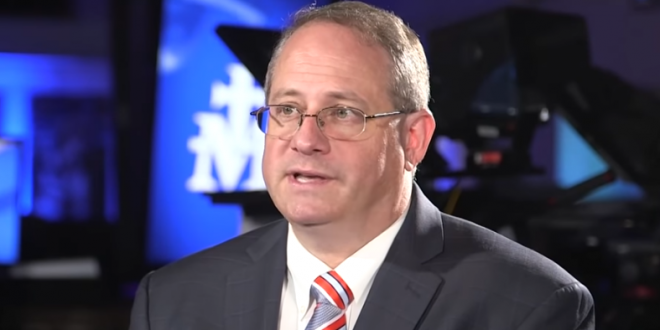 The head of the Federal Election Commission chastised Catholic bishops during a pair of interviews this week, accusing church hierarchy of “hiding behind” their nonprofit status and declaring that this year’s U.S. election amounts to a “spiritual war” that threatens the country’s “Christian moral principles.”

FEC Chairman James E. “Trey” Trainor III made the remarks during an interview released on Wednesday (Sept. 16) by Church Militant, a controversial conservative Catholic media outlet, and in a separate phone interview with Religion News Service.

Trainor contended the separation of church and state is “a fallacy,” because “every person who comes to the public square has to have an informed conscience in one way or another, and it’s either informed by their religion, their tradition or something.”

Read the full article. The viciously anti-LGBT Church Militant, as I’ve previously reported, is run by comically-bewigged ex-gay crackpot Michael Voris, who conducted the interview seen below. Voris outed himself as ex-gay several years ago, claiming that he was beating Catholic Church officials to the punch. Prior to Trump’s appointment, Trainor served as counsel to the Texas secretary of state.