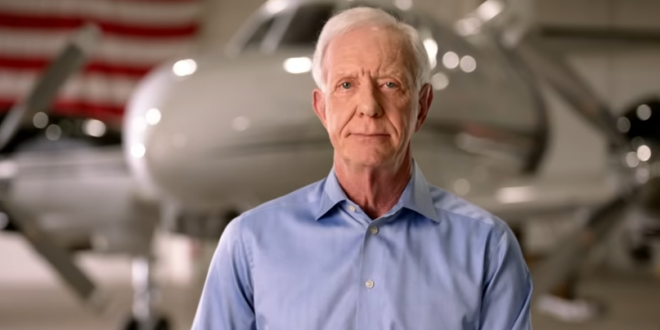 Famed Pilot Sully In Lincoln Project Ad: “Vote Him Out”

Air Force veteran and famed US Airways pilot Chesley “Sully” Sullenberger III, best known for the “Miracle on the Hudson,” has made an ad urging citizens to vote President Donald Trump out of office

In the ad, produced by the Lincoln Project and VoteVets.org, Sullenberger says Americans have been called “to this moment” to “overcome his attacks on our very democracy.”

“Eleven years ago, I was called to my moment,” he said in the ad. “Now we’re called to this moment. When you look down at our beautiful, boundless country, you don’t see political divisions. “It reminds of us of who we are and what we can be. All we have to do is vote him out.”