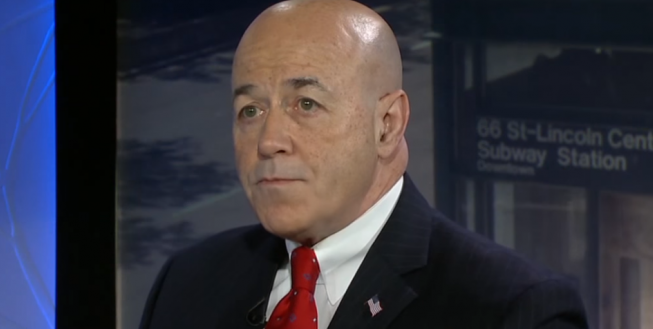 “When you listen to what was said, especially by that mongrel thug that found it entertaining that these two had been shot, you know, and you listen to the Democrats talking about reimagining the police, well, reimagine this.

“The bottom line is for all of those people that’s voting for the Democrats in those cities and voting for Joe Biden, this is going to be the future if you don’t stop it and stop it now.” – Former NYPD Commissioner Bernie Kerik, who was pardoned by Trump earlier this year after being sentenced in 2009 to four years in prison on eight felony charges.

Kerik last appeared on JMG when he declared that it’s black people, and not the police, who need reform. Kerik has said that the elderly man assaulted by Buffalo police got what he deserved simply for being there.