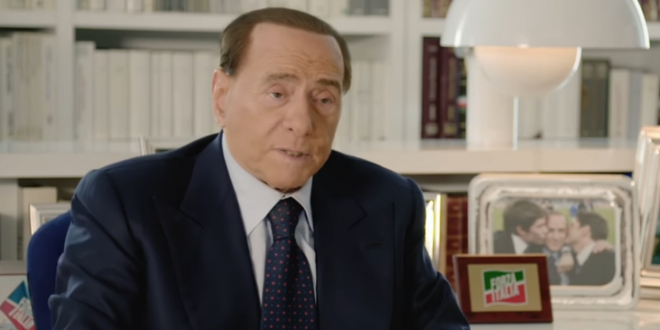 Former Italian Prime Minister Silvio Berlusconi has tested positive for the coronavirus and is continuing to work in isolation at his home near Milan, his spokeswoman said.

The leader of the Forza Italia party will continue to support candidates of his group and of the center-right bloc with daily media interviews, the spokeswoman said. At 83, Berlusconi falls into a high-risk category that makes him particularly vulnerable to the effects of the virus.

Berlusconi, who recently returned from a vacation in Sardinia, is campaigning ahead of Sept. 20-21 regional and local elections which will test the stability of Prime Minister Giuseppe Conte’s government.

You might think you know “bunga bunga.” The simple phrase, which seems to have originated with a century-old racist joke, is now inextricably associated with Silvio Berlusconi, the Italian prime minister whose spectacular downfall is owed, at least in part, to his “bunga bunga” parties with young women.

Elected to national office with zero political experience but a background in trashy television and gaudy real estate, Berlusconi bears an undeniable resemblance to Donald Trump, which makes his rise to power—and his downfall—even more fascinating to consider.

In 2011 Berlusconi appeared on JMG when he defended himself after being caught with an underage prostitute by saying, “It’s better to like beautiful girls than to be gay.” Two years later he promised to support same-sex marriage if reelected.