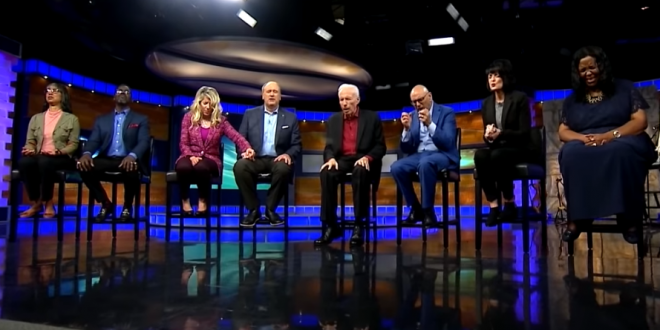 Over the summer, Sid Roth, the host of a show called It’s Supernatural, praised Jesus TWICE for allegedly fixing his backed-up toilet. Yesterday, he managed to outdo himself.

During an episode all about why his viewers should support Donald Trump, his entire panel decided to speak in tongues and say… I don’t know. Something, I guess. Who knows. (Does anyone speak Christianese?)

I realize I’m not the target audience here, but even so, speaking gibberish to the gullible is still batshit crazy and there’s nothing wrong with pointing that out.

Roth appeared on JMG last week for his claim that “if enough Christians pray in tongues, this country can turn around” and Trump will be elected. As you can see in the clip below, the babbling basically goes on for an entire hour. Accompanied, for some reason, by a piano and a shofar.

Tags 5150 batshittery Christianists get the net