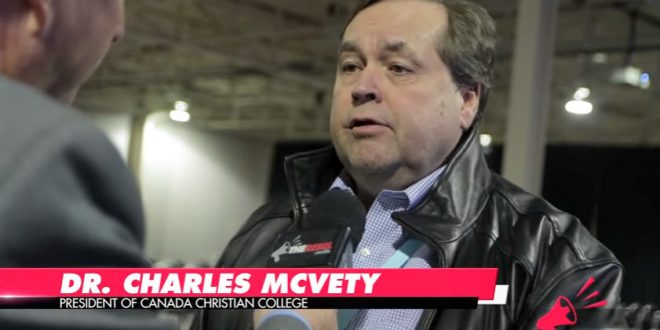 “We need to pray for him and pray for America because his support for Donald Trump was paramount to victory in 2016,” comments Dr. Charles McVety, president of Canada Christian College. “I just hope that him crashing like this won’t harm the evangelical vote in 2020.”

Dr. McVety, who has a daughter attending Liberty’s law school, is fearful that the university may be moving in a liberal direction. “The devil wants those 100,000 students turned away from the Word of God,” he asserts.

“If you look at the history of our universities, they were all started by Bible-believing evangelical Christians — even Harvard and Yale and Princeton — but they end up going liberal and preaching socialism and turning their backs on the Word of God. That’s what’s at stake here.”