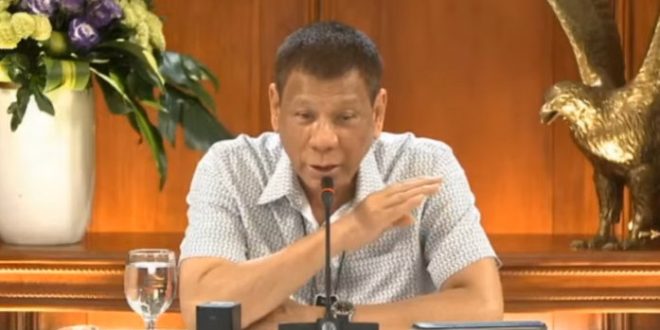 Philippines President Rodrigo Duterte on Monday pardoned a United States Marine convicted of killing a transgender woman in the country nearly six years ago, sparking condemnation from activists who described the move as a “mockery of justice.”

Lance Corporal Joseph Scott Pemberton was jailed in 2015 for killing Jennifer Laude near a former U.S. navy base. A trial court signed off on his early release last week for good conduct, but was blocked by an appeal from Laude’s lawyers.

President Rodrigo Duterte of the Philippines has pardoned an American Marine convicted of killing a transgender woman, just days after his office blocked a court order to free him, the Philippine foreign secretary said https://t.co/lxwoqFodZ3

Previous Covidiots Claim Racism After Arrest On NYC Ferry: This Wouldn’t Happen “If We Were Fucking Black” [VIDEO]
Next Axios: Trump Campaign In “Surprising Cash Crunch”