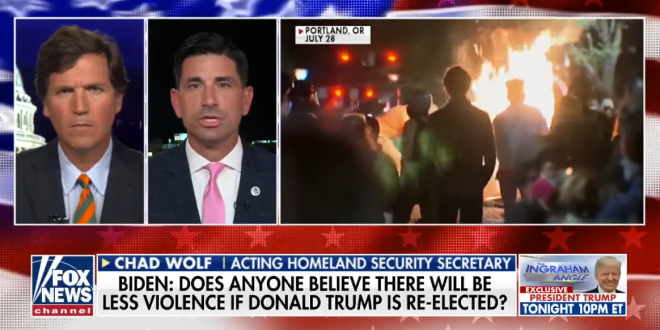 Homeland Security Secretary Chad Wolf confirmed an investigation is underway into the funding of the rioting taking place amid racial justice protests and unrest nationwide.

“This is something that I have talked to the AG personally about,” Wolf told Fox News’ Tucker Carlson on Monday night, saying that the department is focused on “targeting and investigating the head of these organizations, [and] the individuals that are paying for these individuals to move across the country.

“What we know, Tucker, is that we have seen groups and individuals move from Portland to other parts of the country,” he continued. President Trump said that he believes “some very stupid rich people” are financing the unrest taking place amongst racial justice protests nationwide.