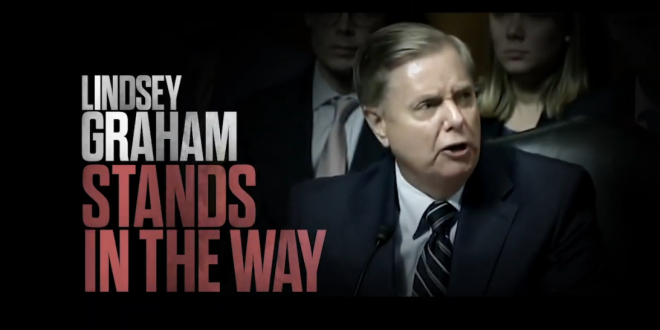 The main super PAC supporting the election of Democrats to the Senate is preparing to invest millions in South Carolina — a fresh signal that Democrats see the race against Sen. Lindsey O. Graham (R-S.C.) as winnable.

Senate Majority PAC will launch a new, $6.5 million ad campaign in South Carolina on Monday, marking the first time that the super PAC has gone on the air this cycle in the traditional GOP stronghold. The effort to bolster Democrat Jaime Harrison’s prospects includes $5 million in television ads and a $1.5 million digital campaign.

The television ad, which launches Tuesday, focuses on prescription drug prices, criticizing Graham for having “gone Washington” and “gone bad” on the issue.

Previous South Florida Bars Packed After Lockdown Rules Lifted
Next Huckabee On NYT Bombshell: So What? Who Cares? I Didn’t Elect Trump To Be My Tax Accountant [VIDEO]