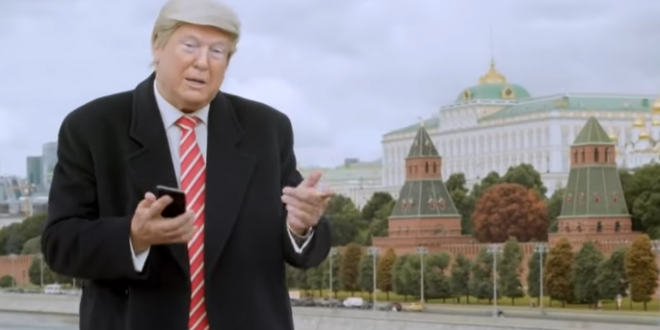 A bizarre and, frankly, deeply disturbing ad from the state-controlled RT network shows a deep-faked President Donald Trump joining the channel as an anchor. Although the wig is dodgy, the video superimposes Trump’s face onto a chubby body and plays real clips of him denigrating CNN and lavishing praise on “amazing” Russia.

Moreover, the atrocious hairpiece aside, RT’s deep-fake technology is pretty impressive at first glance. If Russian disinformation damaged the election so much four years ago, imagine what a deep-faked video of Joe Biden saying something unconscionable could be if it spread like wildfire on Facebook before any kind of correction could be heard.

Read the full article. As you’ll see in the clip, Trump is portrayed as Putin’s stooge. References are made to The Apprentice and the border wall, and there’s a decent gag about Mexico paying for Trump’s lunch.