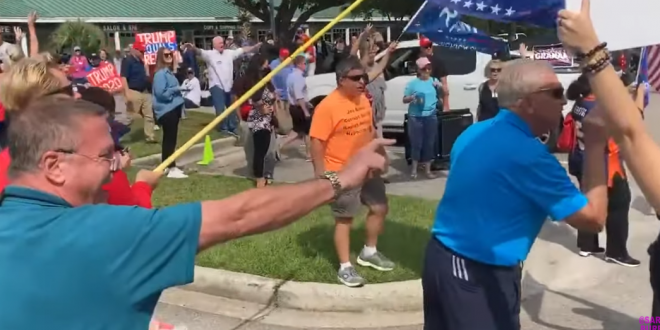 A small group of protesters came to one of Lindsey Graham’s latest campaign events, and they were quickly attacked by supporters of President Donald Trump chanting “four more years.”

Graham’s event seemed to have more support for Trump than for Graham at his own weekend event. It’s unknown why the Trump supporters were not chanting for Graham.

“Get the hell out!” one Trump supporter can be heard shouting. He and another older man were seen wagging their fingers. At least one Graham protester could be seen holding up a sign with a photo of Justice Ruth Bader Ginsburg.