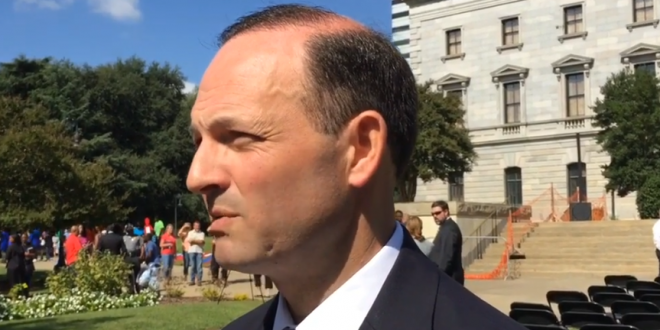 South Carolina voters will need to get a witness signature for absentee ballots after a federal appeals court on Thursday put a halt on a lower court ruling that lifted the requirement.

When the General Assembly temporarily allowed all South Carolina voters to cast absentee ballots for any reason this year because of the COVID-19 outbreak, Republican legislative leaders left the witness signature requirement in tact, arguing it would guard against voter fraud.

S.C. Attorney General Alan Wilson [photo] noted that state lawmakers had a chance to remove the witness signature requirement by legislation this month, and the Republican majority voted against doing so.

Wilson last appeared on JMG in 2015 when his office was ordered to pay $135,000 in legal fees for trying to stop a couple’s same-sex marriage.

Just in: U.S. 4th Circuit Court of Appeals stays the lower court ruling that struck down the witness signature requirement for absentee ballots in South Carolina.

Previous Man Who Compared Obama To Hitler Says Anybody Who Compares Trump To Hitler Is “Ignorant Of History”
Next Fox News Poll: Biden +11 In NV, +5 In OH, +7 In PA