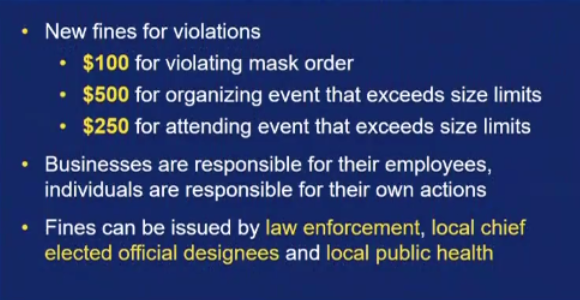 These fines can be issued by law enforcement, local chief elected official designees and local public health officials, according to Lamont. The effective date for these fines will be finalized this week, Lamont said.