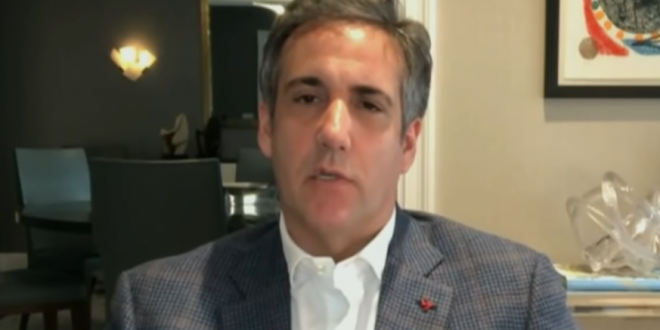 Cohen: Trump Really Wants To Be President For Life

“My book is intended to really open the eyes of the 38% base of his that no matter what Donald Trump does it’s acceptable to them. And he doesn’t care and they don’t care.

“And he wasn’t joking again when he said that he could kill somebody on Fifth Avenue and get away with it. He means it.” – Michael Cohen, speaking last night to Rachel Maddow.

Previous Cohen: Trump Approved Enquirer Attacks On Rivals
Next Junior On Kenosha Killer: We All Do Stupid Things At 17