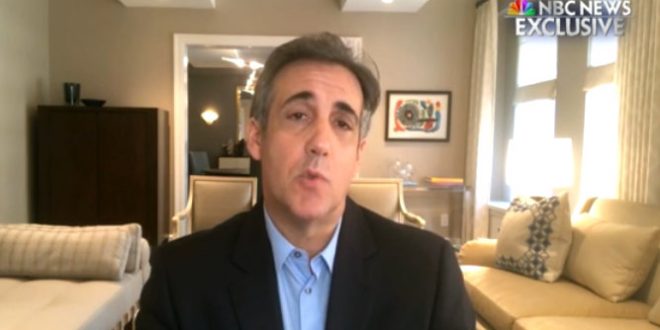 Cohen: Trump Is A Cult Leader And I Was A Member

President Donald Trump’s ex-fixer, Michael Cohen, told NBC News in an exclusive interview that he believes his former boss is a racist “cult leader” who would be wise to resign before he’s faced with potential criminal charges.

“So one of the purposes of writing the book is really from one former cult member to the current ones,” he continued. “I’ve said this before, and I’ll say it again: Open your eyes as I have. And I want you to appreciate that Donald Trump cares for no one or anything other than himself.”

WATCH: Michael Cohen tells @NBCNightlyNews that he was part of President Trump’s “cult” and was unwilling to see his actions “were morally wrong.” https://t.co/WygrsMypg9