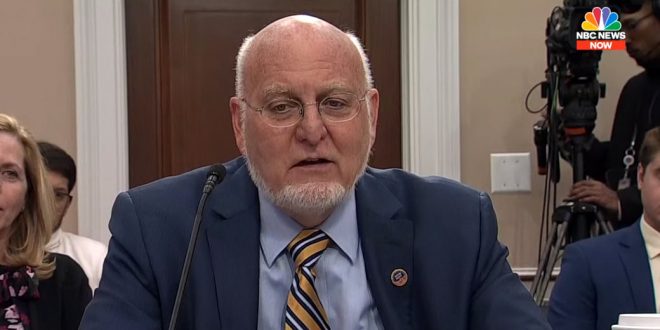 The director of the CDC has grown increasingly concerned that President Donald Trump, pushed by a new member of his coronavirus task force, is sharing incorrect information about the pandemic with the public. Dr. Robert Redfield suggested in a conversation with a colleague Friday that Dr. Scott Atlas is arming Trump with misleading data about a range of issues, including questioning the efficacy of masks, whether young people are susceptible to the virus and the potential benefits of herd immunity.

“Everything he says is false,” Redfield said during a phone call made in public on a commercial airline and overheard by NBC News. Asked to respond to Redfield’s comments, Atlas said in a statement: “Everything I have said is directly from the data and the science. It echoes what is said by many of the top medical scientists in the world, including those at Stanford, Harvard, and Oxford.”

Read the full article. Atlas first came to Trump’s attention due to his many appearances on Fox News.

Previous Biden Camp On Drug Test Demand: Joe Will Speak In Words, Trump Is Free To Make His Best Case With Urine
Next Ivanka Trump Implicated In Bombshell NYT Report