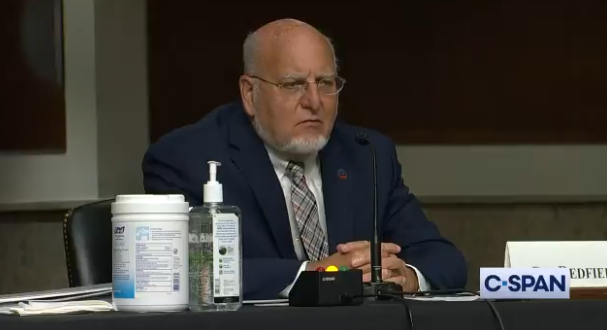 A majority of the U.S. remains susceptible to a coronavirus infection, Dr. Robert Redfield, director of the Centers for Disease Control and Prevention, told lawmakers Wednesday. Covid-19 has spread across America at varying rates, infecting as much as 15% to 20% of the population in some states and less than 1% in others, he said.

He said the CDC is in the process of a “very large” study that seeks to more precisely determine how widely the virus has spread across the country. The rate of infection is important because epidemiologists believe it generally conveys some immunity against the virus for at least a few months.

“The preliminary results in the first round show that a majority of our nation, more than 90% of the population, remains susceptible,” he said at a Senate hearing hosted by the Committee on Health, Education, Labor and Pensions. “A majority of Americans are still susceptible.”

Dir. Redfield: “More than 90% of the population remains susceptible… a majority of Americans are still susceptible to this virus.” pic.twitter.com/W1Ecro4NkZ