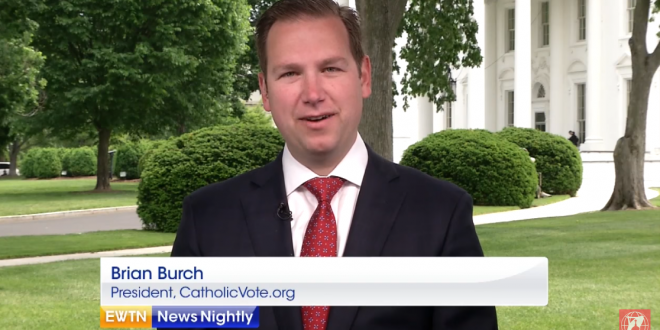 Biden, if he is elected, would be the country’s second Catholic president and the first since John F. Kennedy. The group attacking Biden, CatholicVote, is a conservative faith-based advocacy group that takes issue with Biden’s position on abortion, among other issues.

“Joe Biden’s record makes clear he will not protect our Catholic values or defend our way of life,” CatholicVote President Brian Burch said in a statement.

CatholicVote last appeared on JMG in 2015 when they launched “40 days of prayer for one man/one woman marriage.” On the 35th day of the event, the Supreme Court issued its historic Obergefell ruling.

Previous CNN Poll: Biden +10 In Wisconsin, +3 In North Carolina
Next Kushner On Rallies: People Make Their Own Decisions