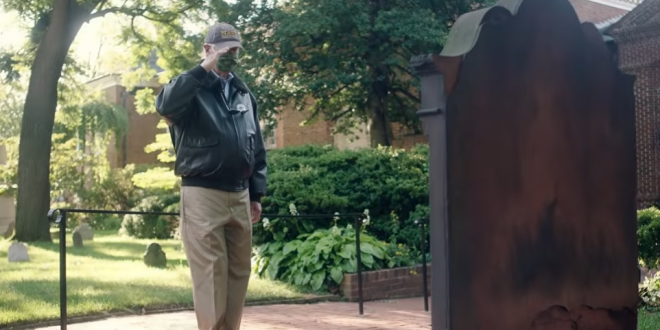 Douglass — who grew up in Florida, and now splits time between Virginia and Florida — used to deliver the dreaded “knock on the door” to military families, letting them know their loved one had made the ultimate sacrifice.

Douglass, referring to accusations — which Trump disputes — in a widely covered article by The Atlantic, says in the ad: “These military families suffer, and those spouses are not suckers. And those children are not losers.”