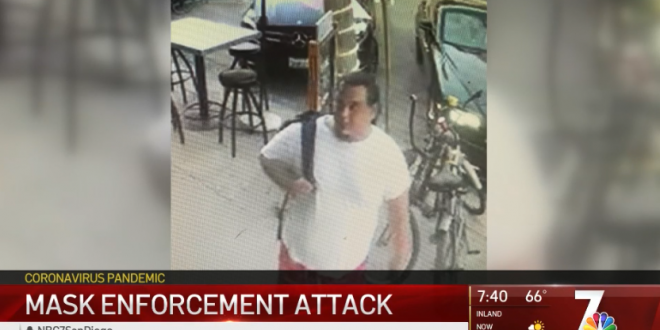 A Pacific Beach bar manager was violently attacked Labor Day weekend after asking patrons to wear their facemasks and it was all caught on video. That employee tells NBC 7 he doesn’t want this to happen to anyone else and fears it could if the man who attacked him isn’t held responsible.

“Watching the videos, it was actually kind of scary, because it could have been a lot worse,” said Tony Aversa who didn’t see the man charging at him.

Before he knew it, he was hit across the face. “I kind of blacked out for a second. Kind of spun around told my other coworker next to me to call the cops immediately because I knew, I felt my nose was broken. I immediately started gushing blood all over the pavement,” he said.