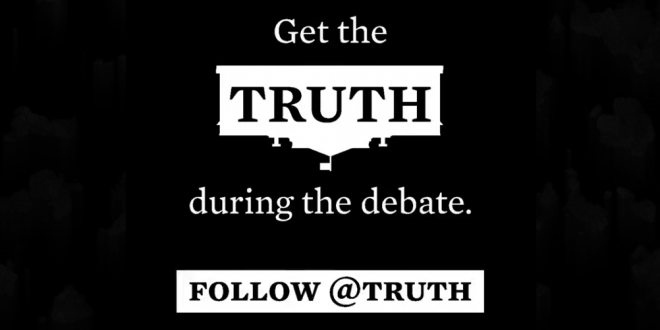 Joe Biden’s campaign and the Democratic National Committee have a new weapon in their arsenal against President Trump: @Truth. The campaign and the party’s “War Room” have acquired the Twitter handle, which they plan to wield for fact-checking the president during Tuesday’s highly anticipated debate.

A video promoting the @Truth account features a clip of the Democratic nominee, when asked what he needed to accomplish during the encounter, answering, “Just tell the truth.” “The American people deserve to remember what it’s like to have a president who tells the truth again,” said Andrew Bates, a Biden campaign spokesman.

Truth — and we can’t stress this enough, folks — over lies pic.twitter.com/sc8oWw1tzH