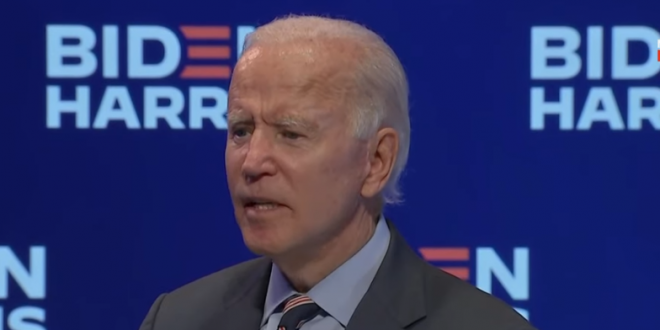 Biden: I Trust Vaccines But I Don’t Trust Trump [VIDEO]

Joe Biden on Wednesday said he doesn’t trust President Donald Trump to safely oversee the federal government’s approval and dissemination of a Covid-19 vaccine. “I trust vaccines, I trust scientists, but I don’t trust Donald Trump,” Biden said during a speech in Wilmington, Delaware.

Trump has repeatedly pledged to “produce a vaccine in record time,” and has suggested that one could be ready shortly before Election Day. That prediction has contradicted the timeline that many health experts have said is realistic.