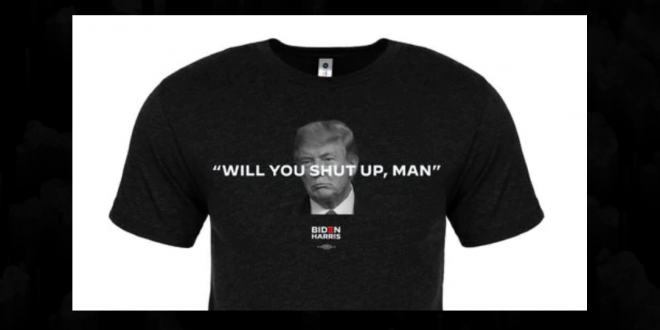 Biden Already Selling “Will You Shut Up, Man?” Shirts

Joe Biden lashed out at President Donald Trump’s constant interruptions during the first segment of the debate, calling him a “clown” and eventually letting out an exasperated “Will you shut up, man?”

As the segment progressed, Trump continued to interrupt, and Biden at one point turned and said, “Will you shut up, man?” When Wallace ended the segment, Biden cracked, “That was really a productive segment, wasn’t it?” then turned to Trump and said, “Keep yapping, man!”

Shirts went on sale before the debate ended.