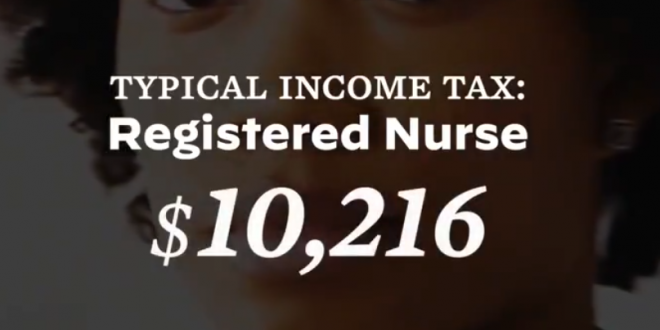 The ad, released on Twitter by the Biden campaign late Sunday evening just hours after the Times’ bombshell report was published, features the faces of a number of U.S. taxpayers and their corresponding tax burdens, before comparing their payments to the $750 reportedly paid by Trump during his first year in office. It features no narration.

The ad is the Biden campaign’s first official comment on the story reported Sunday by the Times, which detailed the numerous financial loopholes pursued by the president to reduce his tax burden including the writing-off of some expenses such as his own hairstyling costs as business-related.

Previous What If The House Has To Decide Election Outcome?
Next There’s Always A Tweet: Tax Scandal Installment