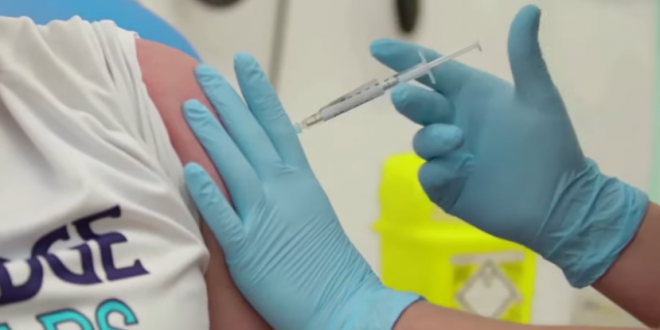 Phase three trials for AstraZeneca’s coronavirus vaccine have resumed in the U.K. after they were halted earlier this week over safety concerns, the company announced Saturday.

AstraZeneca said it received confirmation from the United Kingdom’s Medicines Health Regulatory Authority that it was safe to resume clinical trials. The company declined to disclose medical information about the pause of the trial, but indicated earlier this week that a potentially unexplained illness was under investigation.

The company said “the standard review process triggered a voluntary pause” to all global trials on Sept. 6 so that independent committees and internal regulators could review the safety data. While trials can now resume in the U.K., the status of trials elsewhere remains unclear.

Previous Poll: Biden +9 In MN, Biden +4 In NV, Biden +5 In WI
Next Giuliani: Like Trump, I Didn’t Panic People With Facts