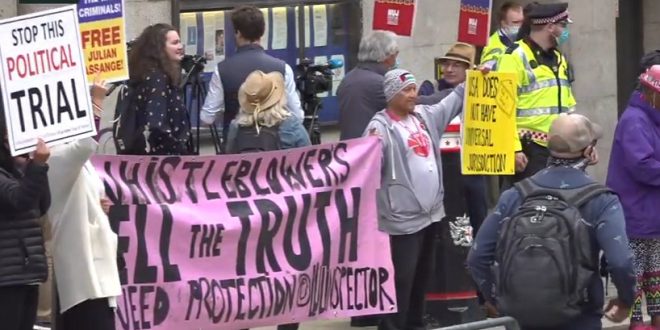 Julian Assange resumed his battle in a London court on Monday to avoid extradition to the United States to face criminal charges over the activities of his WikiLeaks website, after months of delay due to the coronavirus lockdown.

The U.S. authorities accuse Australian-born Assange, 49, of conspiring to hack government computers and of violating an espionage law in connection with the release of confidential cables by WikiLeaks in 2010-2011.

Assange, clean-shaven and wearing a suit at Monday’s hearing, formally declined to be extradited to face a superseding indictment issued by U.S. authorities in June.