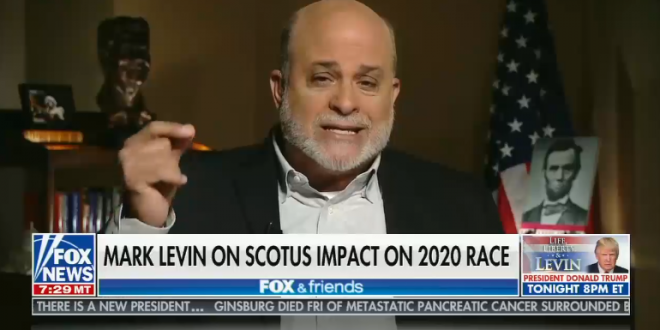 Fox News Host: If The “Democrat Mob” Isn’t Crushed At The Voting Booth, They Will Be “Crushed Otherwise”

“They were silent for three months while lawless riots were taking place, now they’re encouraging them. You have Democrat spokesman for former Clinton and Obama officials saying out there, you do this, not only will this justice be illegitimate, but we’re going to take to the streets.

“So now, we have a mob, and the mob has a home, and it’s called the Democrat Party, and I’m going to tell you something. This mob, one way or another, will be crushed. If they’re not crushed at the voting booth, they will be crushed otherwise.

“Because what they have in sight is not even Donald Trump. It’s our Constitution. You heard AOC. She is a reprobate. She is a radical. She is illiterate when it comes to the constitution. and she is leading this party.” – Fox News host Mark Levin.