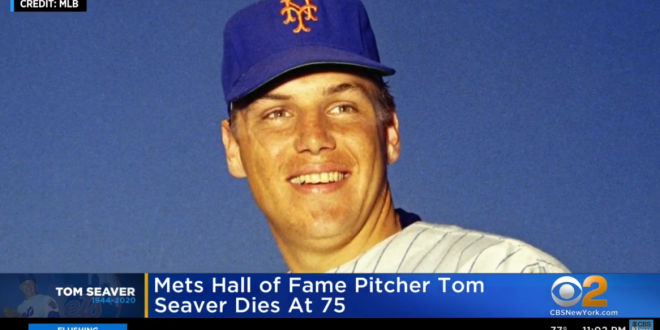 Hall of Fame pitcher Tom Seaver, who led the New York Mets to an improbable World Series victory in 1969, has died at age 75. The Baseball Hall of Fame announced that Seaver died Monday from complications of Lewy body dementia and COVID-19.

The hard-throwing right-hander known as “Tom Terrific” won an MLB-best 25 games in the 1969 season, when he took home the first of his three Cy Young Awards.

A career that included 231 complete games and 61 shutouts (tied for seventh all time) earned him election to the Hall of Fame in his first year of eligibility with 98.8% of the vote, the highest election percentage at that time.

Previous CHATTER AWAY: Overnight Open Thread
Next Cuomo: Trump Would Need An Army To Walk In NYC