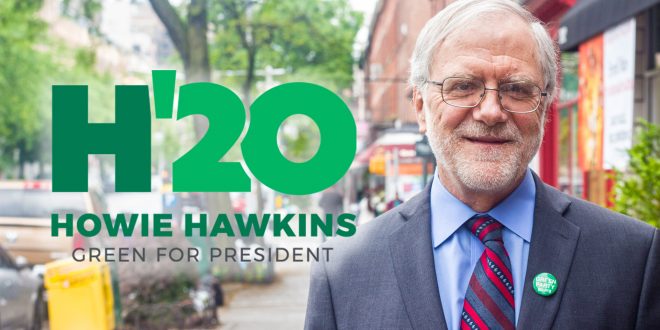 From the social justice nonprofit Truthout:

As the Green Party fights in court to stay on the ballot in key swing states less than 50 days before the election, many veteran environmental activists and climate scientists are taking an unprecedented step — pleading to a constituency that has long been key to the party’s electoral efforts to eschew casting a “protest vote” for the Greens this year and instead cast their ballots for Democratic presidential nominee Joe Biden.

More than 170 top environmental leaders, including the founder of Earth Day and renowned climate scientist Michael Mann, signed a letter arguing that the planetary stakes are simply too high to risk a third-party vote that could tip the presidential election in President Trump’s favor. They argue that it happened in 2000 and 2016, and say “pious gestures” at the polls this year could have “catastrophic results.”