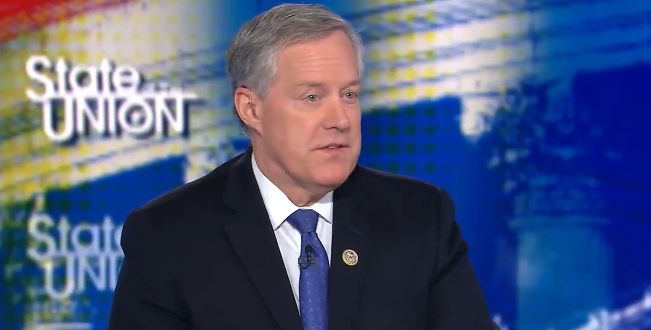 WH Denies Mail Sorting Machines Are Being Taken Out

White House chief of staff Mark Meadows on Sunday denied reports that several U.S. Postal Service (USPS) letter-sorting machines were decommissioned after orders from the postmaster general. “There’s no sorting machines that are going offline between now and the election,” Meadows said. “That’s something that my Democrat friends are trying to do to stoke fear out there. That’s not happening.”

“I’m saying that sorting machines between now and the election will not be taken offline,” Meadows said, prompting CNN’s Jake Tapper to ask about the “ones that have been taken offline in the last couple of months.” “A sorting machine to handle 100 billion ballots, it’s like a gnat on an elephant’s back,” Meadows added. “It’s not going to matter with 8.6 billion pieces of mail going through the Postal Service every year.”

A major Republican donor, DeJoy has introduced a number of policy changes that appear to have slowed the delivery of mail. For personnel, he banned overtime and additional trips made by carriers to deliver mail on time.

He is also decommissioning 671 of its letter sorting machines, according to an internal document obtained by NBC News. These major apparatuses, located in USPS buildings across the country, can individually sort 35,000 letters an hour.

The USPS inspector general is now reviewing DeJoy’s policies, as well as whether he violated any federal ethics rules, according to the office of Sen. Elizabeth Warren, D-Mass., who requested the evaluation on Aug. 7.

CNN’s @jaketapper: “There is no evidence of widespread voter fraud.”

White House chief of staff Mark Meadows: “There’s no evidence that there’s not, either. That’s the definition of fraud, Jake.” https://t.co/M79UyNK2rI #CNNSOTU pic.twitter.com/w3MiKXtNAl

That’s why putting these folks on—instead of, say, an actual person who studies voter fraud and can discuss in great depth everything about it—is a mistake. Move away from politicians and on to experts. https://t.co/WKf2lL1kok