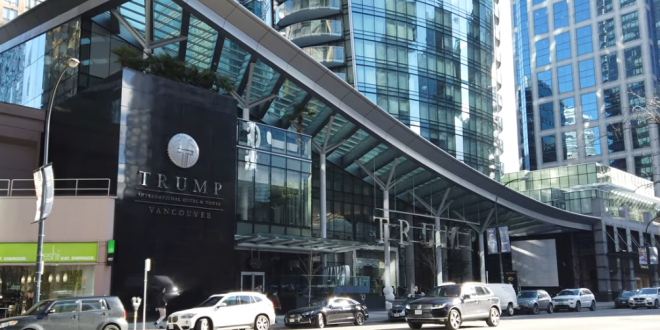 It appears the days of having the controversial Trump name emblazoned on a prominent hotel tower in downtown Vancouver are coming to an end, with a staff member at the Trump International Hotel confirming Friday that the hotel is closing.

The hotel on Georgia Street between Bute and Thurlow has been controversial for its name since opening its doors in Vancouver amid a flurry of protests in 2017.

Documents from the Office of the Superintendent of Bankruptcy Canada obtained by CTV News show the hotel operator, TA Hotel Management Ltd., filed for bankruptcy on Thursday. The first meeting of creditors is expected on Sept. 16.

The company that owns the Trump International Hotel in Vancouver, Canada, has filed for bankruptcy, according to Canadian records — raising questions about the future of one of President Trump’s newest hotel, just three years after it opened https://t.co/yJm4OObkYN

The Trump Hotel in Vancouver is just 3 yrs old. It was struggling even in 2019, then covid shut it down for 4 months and counting. https://t.co/F5DehA0G20

Previous Limbaugh: The RNC Was Meant To Stop A Race War
Next NBA To Turn Arenas Into In-Person Voting Centers