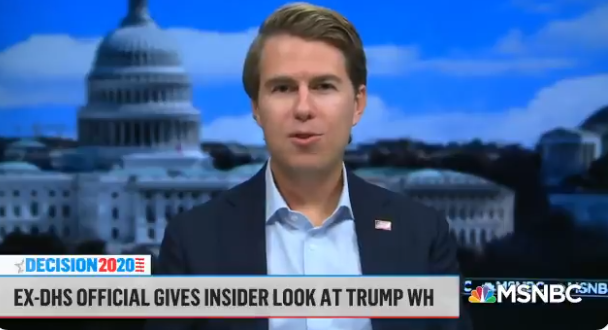 President Trump once asked aides if he could sell Puerto Rico and buy Greenland instead, according to former Department of Homeland Security official Miles Taylor, who told MSNBC on Wednesday that he heard the remarks directly in Aug. 2018, when officials were regularly going to Puerto Rico to coordinate hurricane recovery efforts.

“One time before we went down he told us, not only did he want to purchase Greenland, he actually said he wanted to see if we could sell Puerto Rico, could we swap Puerto Rico for Greenland, because, in his words, Puerto Rico was dirty and the people were poor,” Taylor said, adding that he found the suggestion “beyond galling.”

“The fact that the President of the US wanted to take a US territory of Americans and swap it for a foreign country is beyond galling.”

“I did not take it as a joke.” pic.twitter.com/cE8Idn3slZ