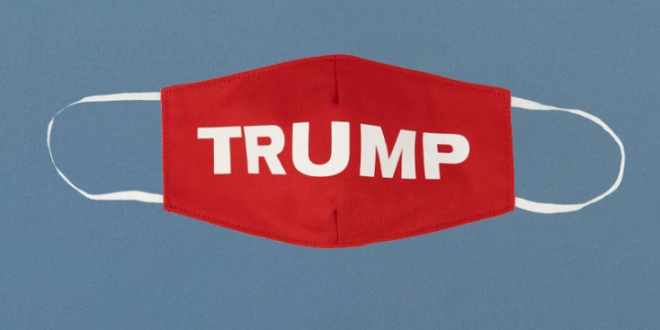 The Trump campaign announced it had started selling face masks on Monday, saying President Trump “urges all patriotic Americans to wear a face cover when they are unable to socially distance.”

Trump initially refused to wear face masks and called them a “double-edged sword.” He also appeared to mock presumptive Democratic presidential nominee Joe Biden for wearing a face mask in public in May.

The Trump campaign also said face masks were optional at its rally in Tulsa, Okla., where thousands of people gathered. This gives Trump a prop to try to take credit for the widespread bipartisan use of masks that began before he was advocating for it.