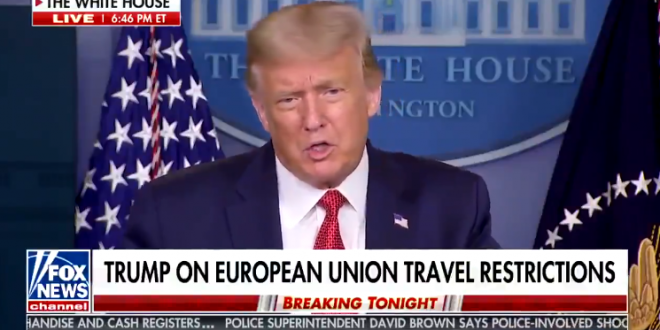 “No, I wouldn’t have done that. I think it’s been amazing what we’ve been able to do. If we didn’t close up our country, you would’ve had one and a half or two million people already dead.

“We’ve called it right, now we don’t have to close it. We understand the disease, nobody understood it because nobody’s ever seen anything like this. The closest thing is in 1917, they say, right? The Great Pandemic. It certainly was a terrible thing, where they lost anywhere from 50 to 100 million people.

“Probably ended the Second World War, all the soldiers were sick. It was a terrible situation.” – Donald Trump, which asked if he would have called for Obama’s resignation if 160,000 people died on his watch. In fact, Trump called for Obama to resign over two ebola deaths.

Trump says for at least the 45th time that the 1918 flu pandemic took place in 1917; he adds it “probably ended the Second World War – all the soldiers were sick.” This isn’t cognitive decline, this is the arrogance of the know-it-all surrounded by courtiers who won’t correct him https://t.co/Dqkz6gs4AD pic.twitter.com/fkHACfRp2c