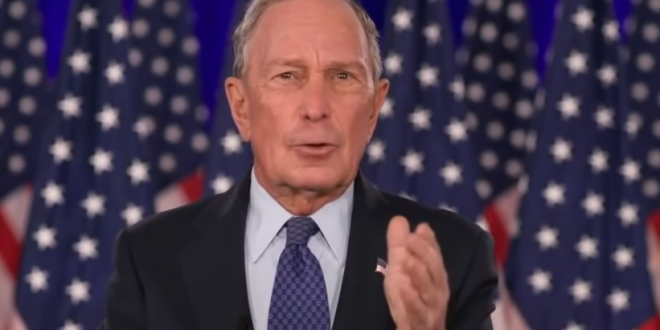 Trump Rages As Bloomberg Trashes Him In DNC Speech

On the final night of the Democratic National Convention, former mayor of New York City and Democratic presidential candidate Mike Bloomberg spoke took aim at Republican President Donald Trump’s business failures, before and during his presidency.

“Would you rehire or work for someone who ran your business into the ground?” Bloomberg asked. “Who always does what’s best for him or her, even when it hurts the company, and whose reckless decisions put you in danger, and who spends more time tweeting than working?”

“If the answer is no,” he continued, “why the hell would we ever rehire Donald Trump for another four years?” The 78-year-old billionaire’s Democratic primary campaign ran from November 24, 2019 to March 4, 2020, just over three months.

President Trump lashed out at Michael Bloomberg on Thursday after the former New York City mayor delivered a scorching assessment of Trump’s tenure in the White House during a speech to the Democratic National Convention.

In a tweet, Trump lambasted Bloomberg’s widely panned performance in a February debate during his short-lived bid for the Democratic presidential nomination and accused the former mayor of trying to stage a political “comeback” with his convention speech.

After the worst debate performance in the history of politics, Michael Bloomberg, commonly known as Mini Mike, is trying to make a comeback by begging the Democrats for relevance. They treated him like a dog – and always will. Before politics, he said GREAT things about me!

Why haven’t you made a national test plan? Why haven’t you asked Putin about the Russian bounty? Why is tweeting the only damn thing you do? #DemConvention