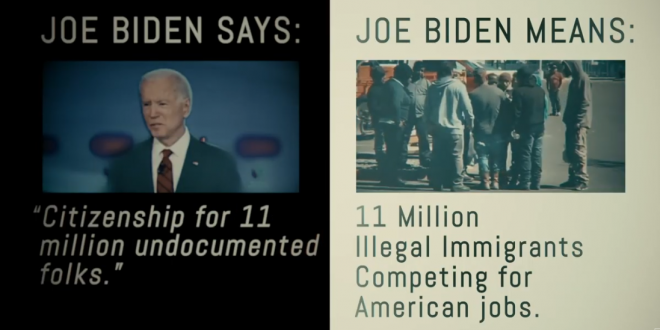 The Trump campaign launches a new ad Tuesday in five early-voting states that hits Joe Biden on taxes and immigration, redoubling a strategy to paint the Democratic nominee as a tool of the radical left.

Driving the news: “In His Own Words” will be a “high seven figure” spend running in Florida, Arizona, North Carolina, Georgia and Wisconsin, a senior campaign official tells Axios.

Why this matters: The spending suggests Trump’s strategists think this frame has the best chance of driving up Biden’s unfavorable numbers. For months, the campaign has tried out numerous — and largely unsuccessful — messages to get voters to intensely dislike Biden.