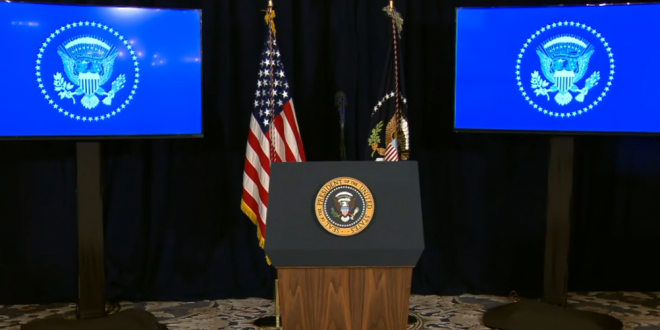 President Trump is holding a news conference in Bedminster, New Jersey, Friday night as he hints at executive action as another week of negotiations over a coronavirus aid package on Capitol Hill ended no closer to a deal. The news conference is slated for 7 p.m.

I will be doing a news conference on the ChinaVirus, the just announced very good economic numbers, and the improving economy, at 7pm from Bedminster, New Jersey. Also, the subject of the Beirut, Lebanon catastrophe will be discussed.

Ahead of tonight’s 7pm presser at Trump’s Bedminster golf club, pooler @meridithmcgraw says dozens of club members, in golf gear and some holding wine glasses, have filed into the ballroom. Only a handful in masks & temperatures were being taken.

Quite the detail from POTUS pooler ⁦@meridithmcgraw⁩, who is in Bedminster. pic.twitter.com/jtz8RpQGkL