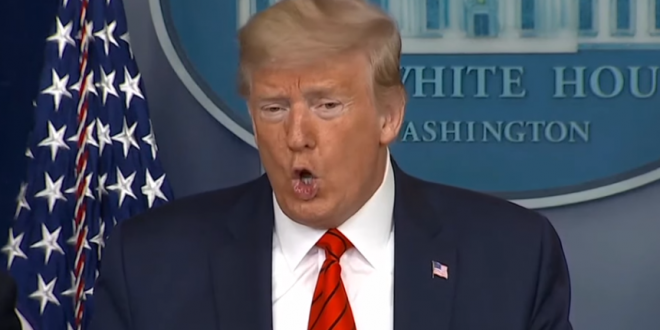 Donald Trump has promised to scrap the payroll tax if he is reelected and said it could save families up to $5,000 a year. “We will be terminating the payroll tax after I hopefully get elected,” the president said on Wednesday.

Trump said the employee portion of the payroll tax would be deferred from August 1 through the end of the year. In essence, the deferral is an interest-free loan that would have to be repaid.

Trump has now repeated for the third time that he’s going to terminate the payroll tax once he is reelected, as if he is confused that there was no applause in the room

So Trump is going to eliminate the payroll tax, pay for Social Security through the general fund without increasing anybody’s taxes. Are we sure he passed the mental acuity test?

Trump repeats that he wants to permanently eliminate the payroll tax if he’s re-elected, without explaining how Social Security would be funded if he did. Larry Kudlow, who said Sunday Trump meant the temporary deferral would be forgiven & “the tax is not going away,” looks on.

“On the assumption I win, we are going to be terminating the payroll tax,” Trump says. Again, he is also promising to fully protect Social Security.