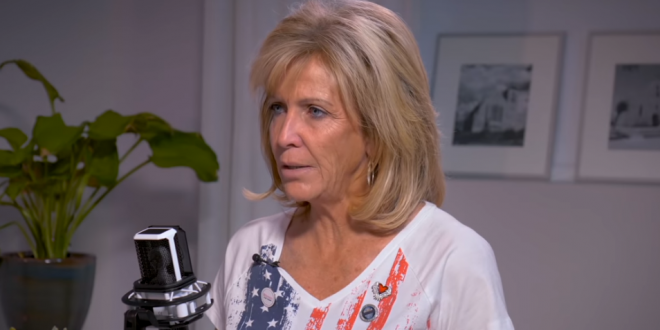 Hours before she was set to speak at the Republican National Convention on Tuesday night, Mary Ann Mendoza took to Twitter and urged her followers to investigate a supposed Jewish plot to enslave the world. “Do yourself a favor and read this thread,” Mendoza, who is a member of the Trump campaign’s advisory board, tweeted to her more than 40,000 followers early Tuesday morning.

Her tweet on Tuesday linked to a lengthy thread from a QAnon conspiracy theorist that laid out a fevered, anti-Semitic view of the world. Riddled with QAnon references, the thread from Twitter user @WarNuse claimed that the Titanic had been sunk to protect the Federal Reserve, and that every president between John F. Kennedy and Donald Trump was a “slave president” in the thrall of a global cabal.

The thread also promotes The Protocols of the Elders of Zion. Read the full article. The full thread linked below can be easily read here in all its “unrolled” insane glory.

UPDATE: Mendoza just deleted her tweet, but it can still be read below due to Twitter’s embedding program. Hit the unroll link above.

UPDATE II: And she’s been canceled for tonight.

Do yourself a favor and read this thread. https://t.co/BfxVokBE3k

I retweeted a very long thread earlier without reading every post within the thread. My apologies for not paying attention to the intent of the whole message. That does not reflect my feelings or personal thoughts whatsoever.

Which specific part of the thread did you want your audience to read?

The first tweet in the thread was about “Elders of Zion.”