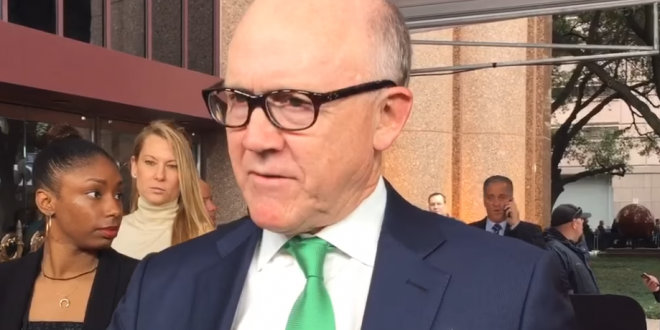 U.S. Ambassador to Britain Woody Johnson has made insensitive and inappropriate comments during his tenure, including about race, religion and sex, the State Department’s inspector general has found, judging that morale in some parts of the mission has dropped.

“Offensive or derogatory comments, based on an individual’s race, color, sex, or religion, can create an offensive working environment and could potentially rise to a violation of EEO (Equal Employment Opportunity) laws,” it said.

A billionaire with no prior diplomacy experience, Johnson was appointed to the coveted post of ambassador to Britain, one of Washington’s closest international partners, in August 2017. He is co-owner of U.S. football team the New York Jets.

But nothing will be done. Johnson was last in the news when it was revealed that he attempted to pressure Boris Johnson into moving the British Open to Trump’s golf resort in Scotland.

Woody Johnson, owner of the NYJets, is @JebBush’s finance chairman. If Woody would’ve been w/me, he would’ve been in the playoffs, at least!

Woody Johnson’s comments that he would rather have @MittRomney win the election than his @nyjets win games shows real patriotism.